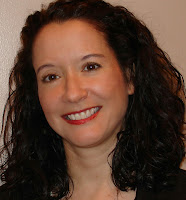 I was late in discovering Jane Austen—I blame high school. Unlike Jane Austen, our English department thought it good to linger upon pens that dwelt upon guilt and misery, so I did not get to read Jane Austen in high school. I placed out of college English, so it was after grad school and three children that I discovered Jane Austen through Emma Thompson’s adaptation of Sense and Sensibility.
After that, I devoured her works and wanted more, which led me into the realms of fan fiction. Consuming that at a break neck pace led me a step further, into rediscovering my own writing.
I started writing at nine years old and wrote six novels in high school. But college and life pulled me away from my early authorial dreams. Jane Austen helped me rediscover my fondest hope—to be a writer when I grew up.  I’m still not sure about the being grown up part, but I just released my fourth book—so I have and will continue to be a writer thanks to Jane Austen and the Austen community.
Maria Grace 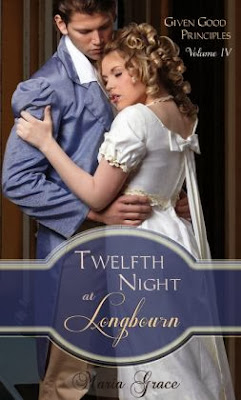 Maria’s newest book, Twelfth Night at Longbourn launches today! And can be found on Amazon http://www.amazon.com/dp/B00H9YDXTU, Nook http://www.barnesandnoble.com/w/twefth-night-at-longbourn-maria-grace/1117684737. Kobo and Paperback will be released soon.

She can be contacted at:
Email: author.MariaGrace@gmail.com.
Facebook: facebook.com/AuthorMariaGrace
On Amazon.com: amazon.com/author/mariagrace
Visit her website Random Bits of Fascination (RandomBitsofFascination.com)

a Rafflecopter giveaway
Posted by Maria Grazia at 07:30

Oh that is a fab Elinor she portrays isn't it?!! When she discovers he is free to love.... Fabulous moment :)

It is by far my favorite moment of the film!

Mine too, Maria and Jo's Daughter! What amazing talent they all have - the director, script writer and above all Emma Thompson! Beautiful!

We didn't have Austen on our highschool or college literature lists which is a shame. I read it on my own when my mom bought me the complete set for my birthday. Glad you got to come back to your dream to write, Maria!

I also did not learn Jane Austen's novels in school but luckily my mother introduced Pride and Prejudice and it fascinates me. It is unlike books that I usually devour.

Hello Ma'am, I found something relatable among us. Firstly, our names are the same (Maria Grace). The other is that both of us came to know about Jane Austen at our high school, which I did the previous year. One more similarity! I hope our passions are the same too; Yea writing! However, I haven't written any novels like what you did in your teenage. But my time isn't yet over... I have years more to complete my teenage. Hope to be like you!��
I feel proud that I found a person with my name, who is a reputed author.