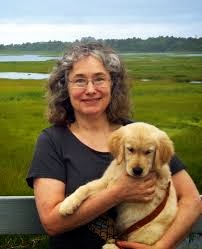 Since I’ve spent the last eleven years eating, drinking and sleeping Jane Austen, I hardly know how to begin to answer this question. I wouldn’t be writing, at least not for anyone else to see, if it weren’t for Jane Austen’s inspiration and the community of fans who love her. I never would have thought I had any particular talent for writing stories.

For my first forty years, Jane’s influence wasn’t as obvious, but it was there. As a teenager, her books were the first classics I read where I didn’t trudge my way through them out of a sense of obligation. Her characters came alive for me in a way others didn’t. I could see something of myself in them. She influenced the college I chose, a fiercely academic one stuffed with odd traditions like placing flowers at the feet of a statue of Athena for luck before an exam and extravagant May Day celebrations. Something about the place also drew Jane Austen fans, and for the first time in my life, I met other people who loved her books as much as I did.  It was like uncovering buried treasure. Would it have been the same to meet other people who loved Shakespeare or Tolstoy? I don’t think so. There’s something about Jane Austen that draws people together.

And that’s another way my life would have been poorer without Jane Austen. I would never have known all the wonderful people I’ve met through my love of her books – people from different countries like Maria Grazia, people from all levels of society – I would have hated to miss meeting all those Jane Austen fans, both on line and in real life.


More about Abigail Reynolds at Austen.Authors
a Rafflecopter giveaway
Posted by Maria Grazia at 16:30

Thanks, Abigail, for sharing such wonderful thoughts with us!!!

Same as you, I can't imagine other classical author having such power over people's lives hundreds of years later!

Some blame the adaptations, but IMO no matter how many drop-dead gorgeous actors are found to play the leading roles (and who have their merit, no doubt about it LOL) it's still her wonderful prose that has the greatest pull! Just off the top of my head, I loved North and South and Richard Armitage as much as everybody, but you don't see Elizabeth Gaskell having such following and hundreds of variations written around her novels!

Thank you Abigail! It's amazing how a single writer connects people from all over the world! Only Jane Austen can do that :)

It's the first time I hear that Jane Austen can influence the choice of which college to go turn. Fascinating! Thanks for sharing your story with us, Abigail.